Peeking behind the gate of Michel Delving

To the east and west of Michel Delving there are two gates. When I started to play LOTRO I always wondered what kind of strange lands were behind these gates. I never found out, alas. Even 5 years later, these gates are still closed.

According to Sweet Cherry, you can find in those lands a secret and abandoned Hobbit Village. I show you a picture from Cherry.
For details, see: http://living-the-legends.blogspot.nl/2009/04/hidden-hobbit-village.html 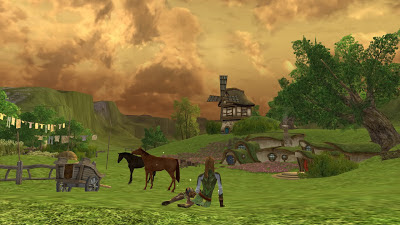 A hidden hobbit village in the south of the Shire, south of Michel Delving.


Recently there was a rumour that the village was now inaccesable. Well, was that really true?
I travelled to Michel Delving and found the gate to the secret village, as described by Cherry. 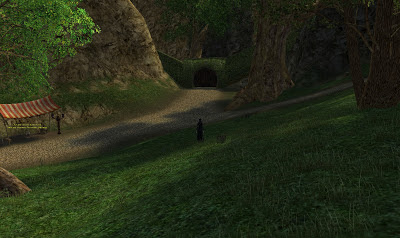 Here I stand wondering if I could still go beyond this gate. If you go near the gate you will notice two huge trees and a road going to the gate.. 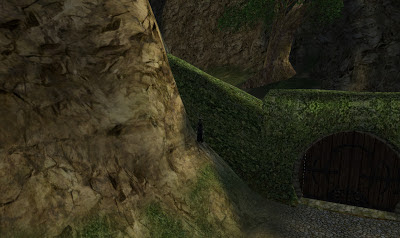 Behind the hedge you see a tree and a rocky wall. 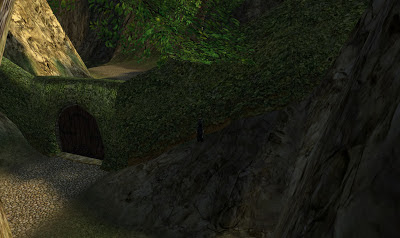 If you stand to the right, you see a road, going south.
I peeked at the door and I noticed a tiny slit of light. Eventually I managed to slip through the door and emerged as by magic on the other side. I saw the road going south and the tree I described above. I was thrilled! Could I go by horse to the secret village, finally? Was it still there, or was it vanished? 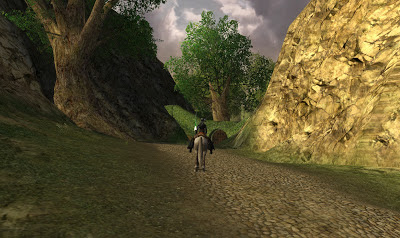 In the distance you can notice the trees of Michal Delving, behind the hedge and the wooden gate. 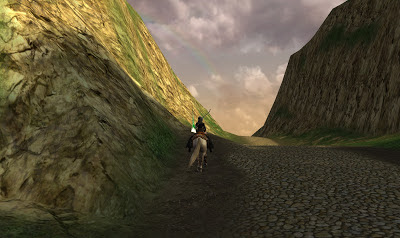 Alas.... my friends. There was an invisible wall at the road. I couldnt go past, so my voyage ended here, just 100 meters behind the gate (sob) ....

I managed to climb the rock and what I found there, I will show you now. 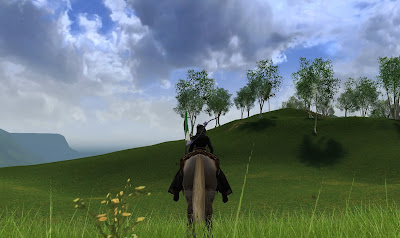 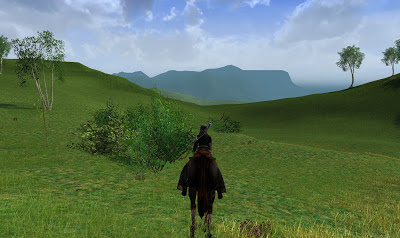 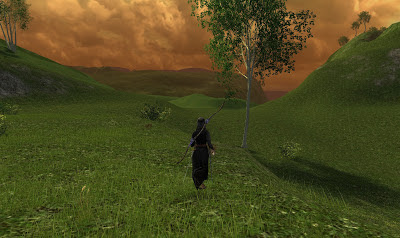 Behind Michel Delving there is a vast grassy landscape with some mountains at the horizon. There are many birch trees, indicating non fertilized ground and a poor soil. Maybe some Hobbits ventured in these grasslands with their sheepflocks. At least it seems deserted now. 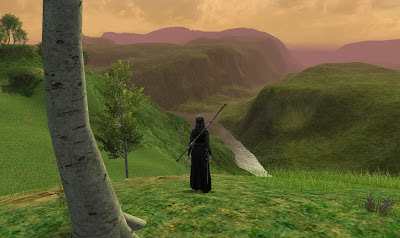 I also noticed a strange unnamed river in a green valley. All what you see is heavely shield walled. You cannot go further, because of an invisible wall. Well, maybe at another time, with another expansion, we may go to this place. My conclusion - for now - is that the Secret Hobbit Village cannot be reached anymore.

The dangers of off-map travelling in LOTRO


Unfortunately, but understandable, all the off-map lands in LOTRO are nowadays heavely shieldwalled.
Why? Because the developers discouraged it because you can push your character of the map.
At the outer limits you can go into “nirvana”, where the GM tools cannot recover you from it anymore. Brrrrr. I left here as soon as possible.